Two years ago today, UCF Knights fans woke up before dawn on an uncomfortably chilly day to make the finishing touches on their signs.

Two years ago today, Memory Mall was packed with thousands of Knights decked out in Black and Gold.

Two years ago today, a curtain dropped and revealed a Knightro doppelgänger in the form of Lee Corso.

Two years ago today, we were all confused as to why Maury Povich was selected as the celebrity guest picker.

Two years ago today, ESPN College GameDay made its debut at UCF for a Top 25 matchup in the Bounce House — and it was the best day ever.

Six losses, a quarterback competition and a “Pitt Special” later, the spirit of UCF fans has not dwindled in the slightest, partly due to the fact that we have so much to hold on to.

College GameDay’s visit to UCF was the perfect cap to two consecutive undefeated seasons and a National Championship. Beating Cincinnati that day was pretty awesome, too.

As the Knights prepare to face a Top 10 Cincinnati team on Saturday in the Bounce House, fans are reminiscing on one of the most legendary days in UCF history. 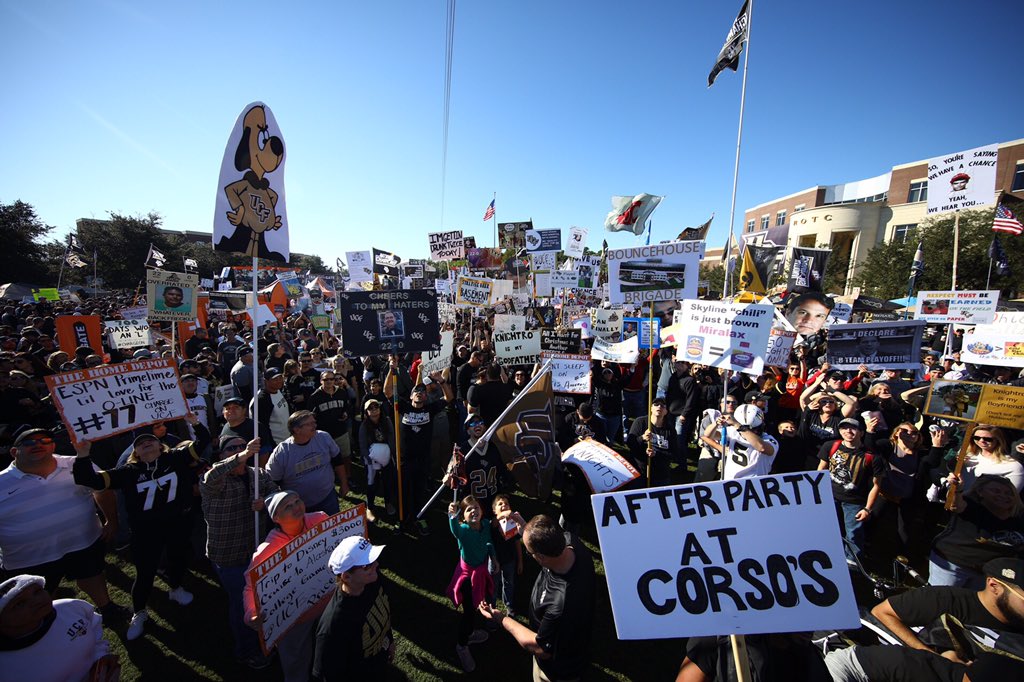 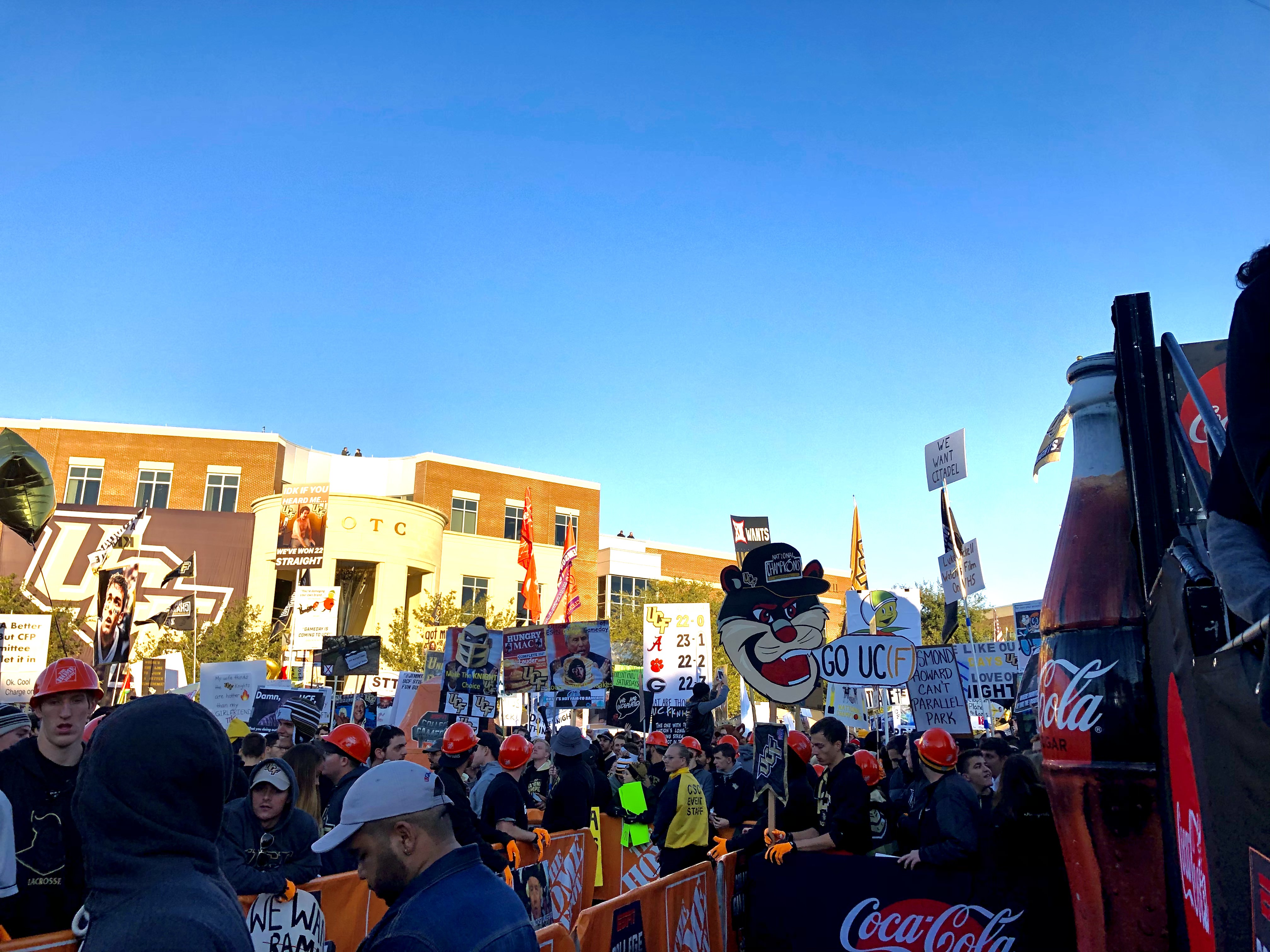 While we take a look at some of the best memories, UCF poses an important question: “If you could redo your sign for today, what would it say?”

It’s been two years since the “Sea of Signs”

If you could redo your sign for today, what would it say? pic.twitter.com/jDYPmRF3P0

Two years ago today! ESPN Gameday at UCF. What a memorable day, achievement and experience. Go Knights! Charge On!

I’ll never forget this day, stayed up for 24 hours straight, camped out from 10:00 P.M. Friday night for GameDay and then watched all of GameDay and tailgated all day off coffee and alcohol and then ate good food on campus and went to the game at night. Best UCF football fay ever https://t.co/qgoEIwWwfQ

2 years ago, @CollegeGameDay was at #UCF and this was and still is my favorite #GameDaySign of all-time pic.twitter.com/uvawQNTlLe

Two years ago today @CollegeGameDay came to UCF and it was the best day ever ugh take me back pic.twitter.com/EtdxCZtLt9

Broken leg? No prob. 2 years ago today was epic pic.twitter.com/dhO2Ed1Yju

Here’s how the unforgettable day went down two years ago:

It’s not even Saturday morning & Knight Nation sounds like this on the @CollegeGameDay set ⚔️ #ChargeOn pic.twitter.com/NBHkIcqSry

GET UP KNIGHT NATION, IT'S GAMEDAY! pic.twitter.com/PeM4LZKMav

The Boss taking it allllll in #ChargeOn pic.twitter.com/sNrwtpOUJj